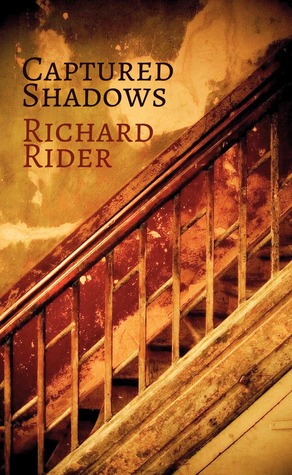 A twisting historical romance set in the fog of Victorian London, Captured Shadows follows the path of love, blackmail and obsession to a devastating climax.

As of writing, this book is still free/ pay what you fancy  here

Karen: I downloaded this for free, but it was so good I have since gone back and paid . I actually got this because I’ve had RR Stockholm Syndrome trilogy for ages, and for whatever reason I haven’t read it – but I really enjoyed the Trojan Project. I would say that this book is in my top 10 reads this year.

Fra: We have indeed been talking about reading Stockholm Syndrome for ages and I am so glad your love for Captured Shadows transmitted so clearly that I went and got it as well. No doubt this treasure of a book has made my top ten this year as well.

For one the writing is gorgeous:

“My wings get dusty in the street, sir, I keep them folded in a hat box at home while I am out in town”

The sentence is in the opening chapter and I was absolutely and utterly in love. Ordinary Victorian London – as is  the main narrative – is conveyed so lyrically to almost sound poetic.

The language and imagery throughout are just beautiful and captivating while the characters – and the story – remain realistic and intriguing.

Karen: One of things I really enjoyed about Captured Shadows  is that while it’s a romance, it doesn’t seem to follow the same structure as others, and  also neither of the main characters were rich/ titled. The main way that authors seem to skirt male homosexuality being illegal in historical romances is to make at least one of the characters wealthy. In Captured Shadows you have a very real sense of the danger that Jim and Archie experience. I really appreciated that Rider developed all the characters as well, so that I came to want to know more of Sally’s story, and also John Percival.

Fra: I also think that it is important to notice the lack of “titled” gentry from the main plot: both men are working class and their love story does not rely on the “classic” historical romance  trope of title and wealth to shelter and  bring the characters to the happy ending.

I actually didn’t see Captured Shadows as “romance” at all. Perhaps it is that I have grown weary of the tropes and formulas of the current “romance” offerings but Captured Shadows struck me more as a very effective foreshortening of Victorian London with its multiple layers; stuck between the righteousness and the sordid the book delivers some fascinating questions of the nature of morality and virtue.

I agree on the characters’ development Karen, I think all of them were incredibly well fleshed out and I appreciated greatly the way they represented the full working class spectrum: from Mr Everett to Sally, from the newly born bourgeoisie to the prostitutes and everything in between. I found this to be a refreshing and realistic glimpse into Victorian society.

Karen: The central love story between Jim and Archie was beautiful, the sense that they were existing in a bubble at times, that this bubble was so fragile, and that if/ when it did burst something awful would happen.

Fra: This was an incredibly romantic book, by its own definition a “memoir of love”; the age of the lovers makes the relationship “[a] new and strange …unknown place, as though we were explorers in a distant land”  their beautiful and fragile bubble “filled with what felt like entire lifetimes’ worth of plans and dreams”.

It also starts on camera, if you will. And I think this was one of the best twists in the narrative: as Jim and Archie explore their newly found attraction in front of the camera their romantic journey flips the norm and starts quite publicly with them “half naked..pasted on countless cards for other men to crave” and then takes the lovers on a journey of discovery of what it means to be together for a lifetime. The epilogue, is slightly rushed, still manages to convey a lifetime shared, of love through the decades and the rapid changes of the world around them; finally of memories of a life well spent as lovers.

Here the relationship between Jim and Archie is, like you well said Karen, at times a bubble and at other times a very clear indication of the dangers of homosexuality in a righteous society. There is no buffer offered by manors and wealth to our two main characters, their continued relationship and happy ending is suffused by their intimate understanding of their circumstances and strengthened by the fact they are prepared to weather them together.

All in all this was a delight to read: romantic, realistic and poetically rendered; a true little gem of a novel we happy recommend to all.